Enroll in This Course
14

A society is only as good as its citizens, and our intellectual contributions or lack thereof have far-reaching effects. While this short course is unlikely to make you a master of parsing information, it's a heck of a good start!

A fact is a fact, right? Unfortunately, it's not that simple. A "fact" is primarily defined as "a thing that is indisputably the case." The problem with that definition, is that virtually anything can be disputed, and most things are. But the legal language of "beyond reasonable doubt" applies to this definition. Many times, especially on the Internet, facts that are disputed are done so WITHOUT reasonable doubt. For example, there is an entire organization devoted to disputing the fact that the earth is NOT flat.

A secondary definition of "fact" is "a piece of information used as evidence or as part of a report or news article." These "facts" are still "things that are indisputably the case," or are supposed to be, but used in this context, facts are used to support a theory, conclusion, or opinion. For example, one might argue that the government is out to enslave its citizens. They may offer several facts to support that argument including the facts that the government can imprison people, the government HAS imprisoned people, and the government has no plans to stop imprisoning people. No reasonable person would dispute those facts, but that doesn't mean that the facts adequately support the argument or claim.

Very little information we consume is straight fact. We consume opinion, commentary, satire, gossip, conspiracy theories, marketing copy, and other forms of non-facts. Even when we are given facts, it can be done in such way to mislead, deceive, and manipulate where we are led to develop a false sense of confidence in our conclusions based on these facts.

Oh, by the way, "alternative facts," are falsehoods.

We may not have a legal obligation when it comes to being a responsible consumer of information. But one can easily argue that we do have a moral obligation. A society is only as good as its citizens, and our intellectual contributions or lack thereof have far-reaching effects. While this short course is unlikely to make you a master of parsing information, it's a heck of a good start!

Know Your Own Biases

Know When You Are Being Misled

Lesson 14: Know When You Are Being Misled, Deceived, Manipulated, or Outright Lied To

Enroll in How To Sift Through Media Bullsh*t 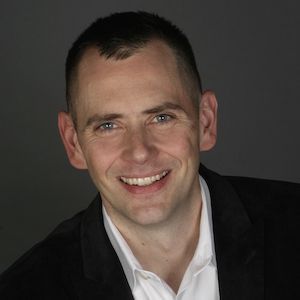 Bo Bennett, PhD. Bo Bennett, PhD. Bo Bennett's personal motto is "Expose an irrational belief, keep a person rational for a day. Expose irrational thinking, keep a person rational for a lifetime." Much of his work is in the area of education—not teaching people what to think, but how to think. His projects include his books, The Concept: A Critical and Honest Look at God and Religion, Logically Fallacious, the most comprehensive collection of logical fallacies, and Year To Success, a full year course in success. Bo has a podcast/blog called "The Dr. Bo Show" at http://www.TheDrBoShow.com where he takes a critical thinking-, reason-, and science-based approach to issues that matter with the goal of educating and entertaining.