Enroll in This Course
263

This course uses Bo's "formula" for success: education + inspiration + action = success. Education: the lessons are full of educational information. Inspiration: every fifth lesson is a "success biography" on someone well-known who is an inspiration to others. These success biographies are full of inspiration to help keep your flame for success burning on high. Action: each of the lessons has one or more assignments associated with it. Taking action and getting results are what this course is all about.

Make Small, Daily Improvements In Your Life For the Most Amazing Year of Your Life!

A Significant Improvement In Your Life Comprises Many Small Improvements

Have you been promised success if you follow a few quick and dirty "rules" or "secrets" of success? Are you tired of irrelevant analogies that do nothing for you but make you feel inadequate? Have you had enough of highly metaphysical concepts and not enough practical solutions? Have you had your fill of grossly exaggerated claims that try to trick you into thinking success is easy? Are you all "affirmationed" out? You are not alone.

Think of success as a game of chance in which you have control over the odds. As you begin to master concepts in personal achievement, you are increasing your odds of achieving success. 366 Days To Greater Personal, Professional, and Financial Success is a full year course based on the book Year To Success, designed to be a practical guide to achieving your definition of success. Each day/lesson of this course will, through practical application, increase your odds of achieving success. It has been said that one line of wisdom can change your life more than volumes of books. Imagine what hundreds of pages of wisdom can do.

By the end of this year long course, your life won't just be different; it will be better in so many ways.

Lesson 12: The Power of Choice

Lesson 18: The Words You Use Make All the Difference

Lesson 19: You ARE a Salesperson

Lesson 34: Failure is the Seed to Success

Lesson 42: The Pain and Pleasure Principle

Lesson 49: Success is a Lifestyle

Lesson 61: The Law of Diminishing Returns

Lesson 62: Getting Better Every Day

Lesson 66: Carrot or the Stick?

Lesson 68: How To Set Goals

Lesson 72: Is It Right To Make So Much Money?

Lesson 73: The Power of Belief

Lesson 82: An Extra Hour a Day

Lesson 83: Having It All

Lesson 94: The Subject of Money

Lesson 96: A Better Way To Save

Lesson 99: Knowledge Is Only Potential Power

Lesson 103: Express Sincere Interest in Others

Lesson 106: The Use and Misuse of Pronouns in the Workplace

Lesson 114: The “All Things In Moderation” Myth

Lesson 123: Winning Others To Your Way of Thinking

Lesson 124: Should You Commit?

Lesson 129: Using Practical Knowledge To Get the Job

Lesson 149: Be a Trend Spotter

Lesson 151: Show Respect for the Opinions of Others

Lesson 153: The Importance of a Good Vocabulary

Lesson 154: The Importance of Good Grammar

Lesson 167: Spend Less Than You Earn

Lesson 169: Are You Buying or Selling?

Lesson 179: Having the Edge

Lesson 183: Sell It To Yourself First

Lesson 189: Under the Wing of a Millionaire

Lesson 196: The Art of Praise and Compliment

Lesson 212: Being Your Best

Lesson 213: Make the Best of a Bad Situation

Lesson 227: Dare To Be Different

Lesson 228: Building the Perfect You

Lesson 232: Believe in Yourself

Lesson 233: Help Others Discover Their Own Gifts

Lesson 246: Think One Step Ahead

Lesson 255: How to Handle Mistakes

Lesson 258: How Marketable Are You?

Lesson 261: Credit the Other Person for the Idea

Lesson 262: Position Yourself for Success

Enroll in Year To Success 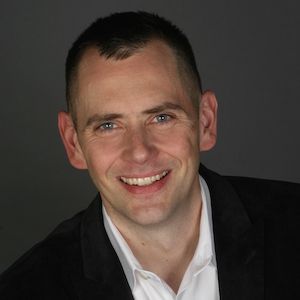 Bo Bennett, PhD. Robert "Bo" Bennett started "Adgrafix", a graphic design firm, right after graduating Bryant University in 1994, with a bachelor's degree in marketing. In 1995, he sold the graphic design business but kept the name "Adgrafix" that he used for his new web hosting company. As a self-taught programmer, Bo created one of the first (perhaps the first) web-based affiliate systems and web-based web hosting interfaces. He built Adgrafix to a 5 million dollar a year business, then sold it to Allegiance Telecom in 2001.

A day after he sold Adgrafix, Bo started Archieboy Holdings, LLC as a holding company for many different web properties, some of which have become their own entities, and sold to new owners, and others which he is still running today. One of the past sales include Boston Datacenters -- the distressed datacenter in Charlestown, MA purchased by Bo from former HarvardNet founder. He took the company from losing tens of thousands of dollars per month to profitability in less than a year. In two years time, he sold the property to Hosted Solutions. Today, the property is owned by Windstream and it remains one of the premier datacenters in New England.

Bo is currently the founder and CEO of eBookIt.com, a company that formats and distributes eBooks, print on demand, and digital audio books, as well as president of Archieboy Holdings.

By age 10, Robert "Bo" Bennett started listening to and reading personal development tapes and books. Over the years he has developed a science-based approach to success that differs quite a bit from the over-hyped success guru's approaches commonly seen today. Before beginning his lifelong quest to shape the lives of others, he had to prove to himself that his theories, beliefs and convictions worked.

At age 10, Bo started in business by creating and selling wooden key racks in his father's workshop. Since then, he has started several companies and sold them anywhere from to $20,000,000.00.

After selling his first company of significant value, Bo began writing Year To Success, the most comprehensive book ever written on success, based on his experiences, thoughts, and timeless success principles. Year to Success is a book Arnold Schwarzenegger calls, “an impressive collection of advice and inspiration.”